Last week RVtravel.com ran a survey asking which brand of surge protector you used, or if you used any surge protector at all. As I’ve noted in other posts, any kind of surge device can only protect your RV from electrical problems that occur upstream of itself. So a pedestal-mounted surge protector will protect you from power problems coming in from the pedestal, but it can’t do anything about a failure in the wiring AFTER itself. That’s why I think that hard-wired surge pr

No Need to Panic

A poor connection can cause serious damage

Filling a swimming pool with a garden hose... 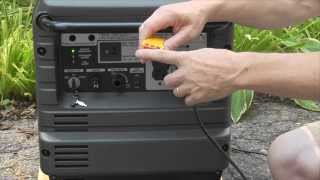 Testing a Generator for a Floating Neutral

Are You Plugged In?

Do you know what's going on down there?

No Need to Panic

OMG—what is a sustained over & under voltage condition?